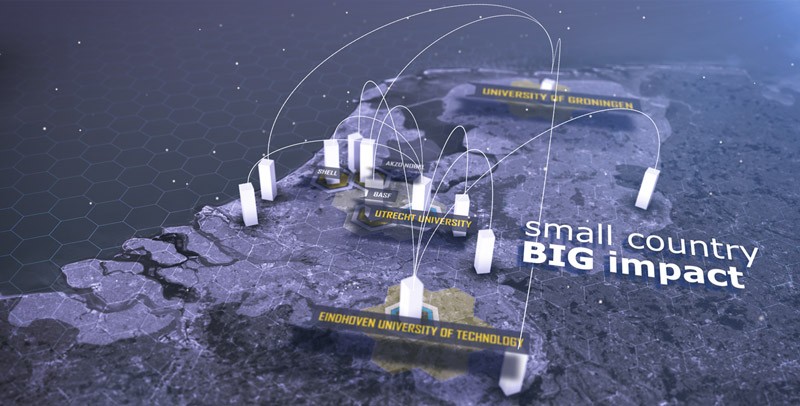 The first 39 researchers have been selected for personal membership for the Advanced Research Center Chemical Building Block Consortium (ARC CBBC). The start of the first research projects in this research center are planned for the first half of 2017.

After carefully reviewing all 159 applications by the Scientific Advisory Board, the Executive Board of ARC CBBC selected 39 ARC CBBC personal memberships. These ARC CBBC memberships are for a period of 5 years. The researchers are based at the Universities of Amsterdam (3), Groningen (6), Utrecht (7), Nijmegen (3), Wageningen (1), Leiden (1), the Free University (1), and the Technical Universities of Delft (5), Eindhoven (8) and Twente (4).  Seven are female researchers, while thirteen are young researchers. More information about the selected ARC CBBC members can be found on www.arc-cbbc.nl.

The Scientific Advisory Board has made its selection based on two categories ‘young researchers’ (up to 15 years after PhD) and ‘experienced researchers’ within different groups of expertise. Their selection of best candidates in both categories was then offered to the Executive Board (EB). Here, the fit of the candidates’ research area with the research ambitions of the ARC CBBC program and overall balance with respect to the program lines (Energy carriers, Sustainable Materials & Specialties and Coatings) were taken into account. The EB made the final decision on the membership nominations. Professor Bert Weckhuysen and professor Ben Feringa, respectively Scientific Director and EB Chairman of ARC CBBC: “We are very excited that the first CBBC researchers are now selected. We can now start to further shape our research programs together with the selected principal investigators as well as the chemical industries involved.”