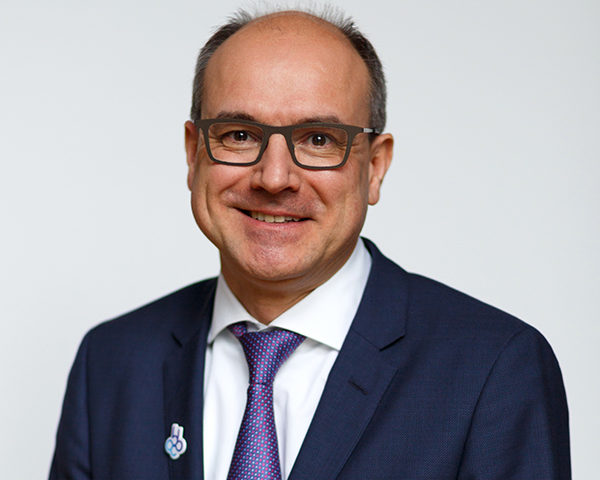 Bert Weckhuysen, Scientific Director of ARC CBBC, receives this year’s Kozo Tanabe Prize for Acid-Base Catalysis. The prize was initiated by the International Acid-Base Catalysis Group and bears the name of Kozo Tanabe, who pioneered many of the modern concepts in catalytic chemistry of acids and bases. The jury praises Weckhuysen for his “groundbreaking work on chemical imaging of Brønsted acid sites and related catalytic chemistry within zeolite-based materials, a research field that paves the way towards the rational design of new and improved chemical processes.”

Weckhuysen will receive the prize next month during the International Symposium on Acid-Base Catalysis in Rio de Janeiro, where he is also invited to give a plenary lecture about his research.

Weckhuysen was also asked by Peking University as Xing Da Lecturer. The Chinese university invited him as a guest lecturer at the College of Chemistry and Molecular Engineering in November 2017. The Xing Da Lectureship intends to provide a continuously celebrated forum for the students and professors of the Chinese university who are interested in interacting directly with internationally recognized experts in different areas of chemistry and related fields.

Bert Weckhuysen is Distinguished Professor at Utrecht University’s Faculty of Science. After obtaining his Master’s degree and PhD from Leuven University, he worked as a postdoc at Lehigh University and Texas A&M University in the US. Since October 2000, Weckhuysen has been working as a full professor of Inorganic Chemistry and Catalysis at Utrecht University. The central research theme of the Weckhuysen group is the development of structure-activity relationships in the field of heterogeneous catalysis and materials science with special emphasis on the use of advanced spatiotemporal characterization techniques under realistic reaction conditions.