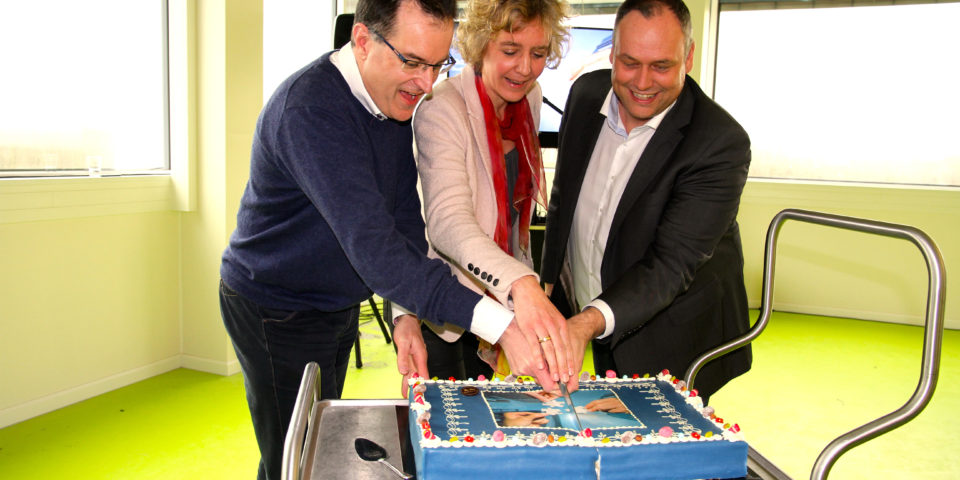 The new ARC CBBC lab room at hub location Utrecht is ready to be furnished. We can now start to equip our first labs. They will be finished at the end of the year, ready for use by our new PhD students and postdocs, some of whom have already started their work in ARC CBBC’s bilateral projects.

4th floor of the GML Building

The first lab that has been especially designed for use by ARC CBBC was turned over by the Utrecht University Real Estate department, that has been responsible for constructing the building. On 15 March, during a small kick-off ceremony at the swept clean 4th floor of the GML building, two faculty directors of Utrecht University received the authority to hand the room over to ARC CBBC. They represented the users of the building.

It all happened in the presence of some new ARC CBBC employees: the first senior lab technician, several new PhD students and our first postdoc, the scientific director and some colleagues of the ARC CBBC support office. Furthermore, all other new users of the Geo Milieu Lab (GML), as the building has been called, were invited. Those organisations are Utrecht University Geosciences, and private research institutes Deltares and TNO. 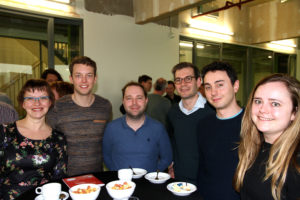 For ARC CBBC this event was a happy one. ‘We can now really start deciding what machines we need’, says senior lab technician Hannie Berlo-van den Broek. During the next months, my lab colleague Ramon Oord and I will take a close look at what new equipment is really going to provide the scientific possibilities that we aim for at ARC CBBC. We will do this in close consultation with the researchers at Utrecht University, and with the lab technicians in Eindhoven and Groningen, our other two hub locations.’