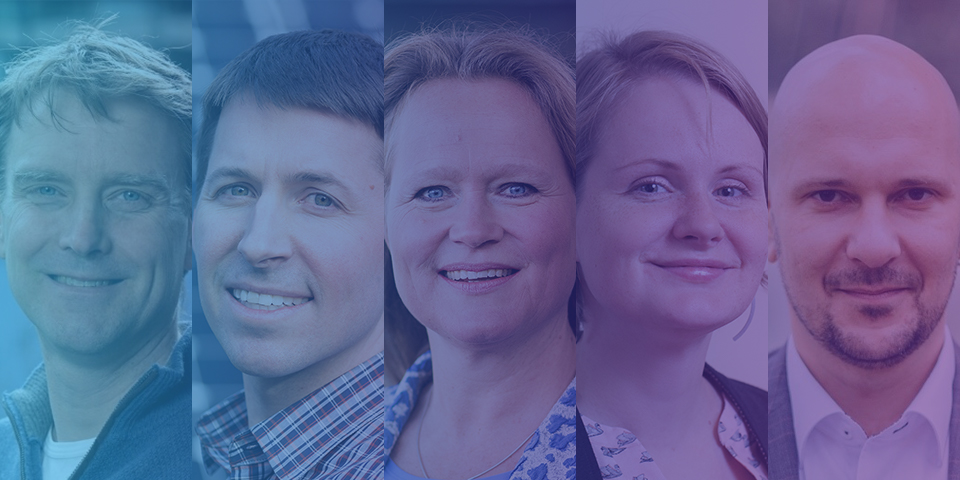 We are pleased to welcome five new members to the ARC CBBC:

Peter Bolhuis is full professor at the University of Amsterdam, head of Amsterdam Center for Multiscale Modeling (ACMM) and current director of the van ‘t Hoff Institute for Molecular Sciences (HIMS).

Erik Garnett has obtained his PhD from the University of California Berkeley (US) in 2009, followed by a postdoctoral fellowship at Stanford University. He joined AMOLF to launch the Nanoscale Solar Cells group in 2012 and became Professor by special appointment at the University of Amsterdam in 2018.

Kitty Nijmeijer is full professor and head of the Membrane Materials and Processes group at Eindhoven University of Technology (TU/e). Her research expertise focuses on the fundamentals of membrane chemistry and morphology to control mass transport in macroscopic applications.

Monique van der Veen is an assistant professor at TU Delft. She focusses on unravelling structure-property relationships of nanoporous materials for photo- and heterogeneous catalysis and electronics to finally design improved materials.

All new members will contribute to the ARC CBBC as an inspiring platform to conduct truly fundamental, interdisciplinary research in collaboration with leading partners.