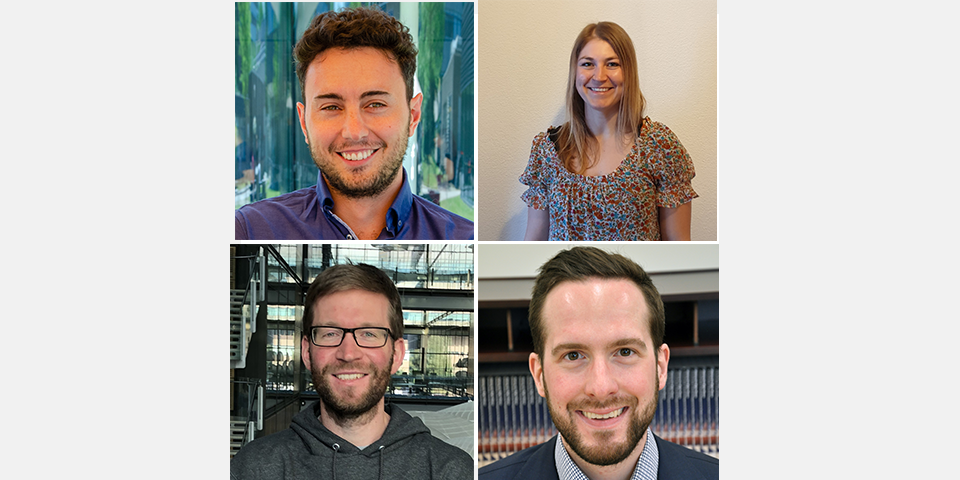 Ina Vollmer studied process engineering at Hamburg University of Applied Sciences with a Bachelor thesis on zeolite-based heat storage at Fraunhofer Institute in Stuttgart (2013). In parallel, she also obtained a journalistic degree with a scholarship from the journalistic trainee program of the Konrad-Adenauer foundation. She went on to study chemical engineering at Massachusetts Institute of Technology where she graduated with technical consultancy projects at Corning and General Mills (2015).

In her doctorate research, she researched activity descriptors for the aromatization reaction of methane over metal supported on zeolite catalysts with Prof. Freek Kapteijn and Prof. Jorge Gascon with a short stay at King Abdullah University of Science and Technology in Saudi Arabia (graduated 2019).

After a two-year postdoc on chemical recycling of plastic and natural degradation of plastics to nanoplastics at Utrecht University, she will extend this line of research as a tenure track assistant professor. Supported by a Veni grant, she will develop mechanochemical and catalytic means to recycle polymers to valuable building blocks. Nina Vollmer has started on May 1st.

During his Ph.D., Matteo was a visiting student at UPenn (2015-2016) in the groups of Prof. Raymond Gorte and Christopher Murray, where he focused on biomass conversion to biofuels, replacing noble metal catalysts with cheaper base metal alternatives. For his work he received the Parmaliana prize (2017) and the Eni Young Researcher of the Year award (2019).

Since November 2017, Matteo has been working as a postdoctoral fellow with Prof. Bert Weckhuysen at Utrecht University. During his postdoctoral research, Matteo focused on small molecules activation and structure-activity relationships in nickel catalysts for CO2 hydrogenation, and on propane dehydrogenation and metathesis for olefin production.

As a tenure track assistant professor Matteo will focus on pushing the boundaries of rational catalysts design and synthesis by breaking scaling relations in the activation of specific bonds. Matteo will start on September 1st.

Growing up in the far north of Germany, Sebastian studied chemistry in Kiel and did his PhD with Prof. Siegfried Waldvogel (Mainz) and Prof. Phil Baran (La Jolla, USA) working on oxidative and reductive electro-organic transformations. A particular focus was on novel electrode materials. During a first postdoctoral stay with Prof.

Sebastian has started on the first of May. He ambitions to combine his interests in redox catalysis to investigate new procedures to make conjugated (bio-)molecules.

Michael Lerch studied Interdisciplinary Sciences at ETH Zurich (Switzerland). For his Bachelor´s Thesis (2012), he took part in a total synthesis under the supervision of Prof. Steven V. Ley at the University of Cambridge (UK). Michael conducted his Master’s Thesis with Prof. Robert H. Grubbs investigating regioselectivity in Wacker-type oxidations at the California Institute of Technology (US).

From Nov. 2018, Michael has been working as a postdoctoral fellow with Prof. Joanna Aizenberg at Harvard University and the Wyss Institute for Biologically Inspired Engineering (supported by a NWO Rubicon grant). During his postdoctoral research, Michael developed means of chemo-mechanical self-regulation in soft materials. In particular, he created microstructured liquid crystalline surfaces with self-regulated motion and feedback-controlled optically active hydrogels.

Michael will start on August 1st and will focus on smart coatings and life-like materials.

We are happy and honoured that these talented researchers have joined ARC CBBC and will contribute to our research towards sustainable chemistry!