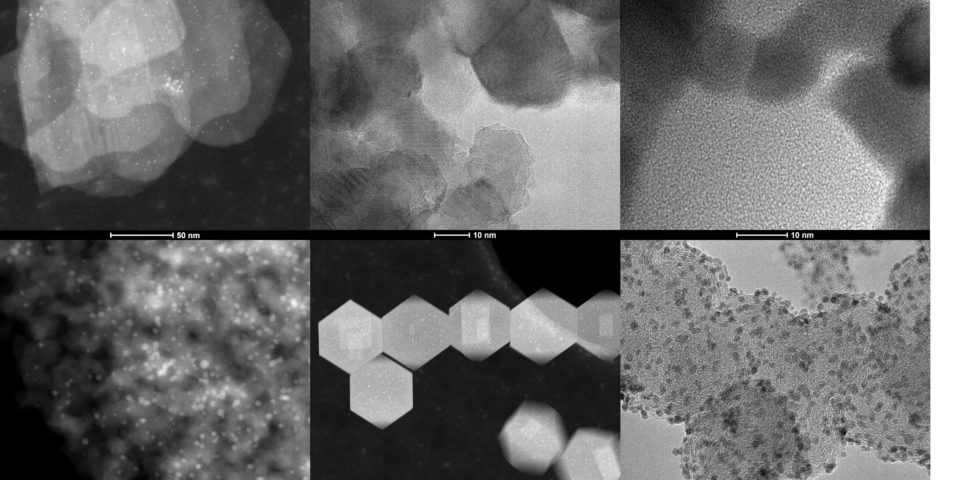 Rim van de Poll from Eindhoven University works within ARC CBBC’s multilateral research program Fundamentals of Catalysis in which he works together with six other PhD candidates. Rim does XPS measurements for his fellow project members but his expertise is also appreciated by colleagues from other projects. Francesco Mattarozzi from Utrecht University, for example, who is working in a bilateral project in collaboration with Shell. Read how the two of them met and started to collaborate.

On 21st of April 2021, after a long period of online meetings, ARC CBBC was finally able to organize a live event again. Although it was still limited in size and possibilities, it was a nice opportunity to see my fellow PhD’s which I hadn’t seen in a year and a half. In the afternoon, as I was walking down the stairs to go home, I heard someone behind me talk about his project. He mentioned how he was looking for a way to do XPS (short for X-ray photoelectron spectroscopy) measurements on his samples and that he didn’t really know where to go.

That was how I met Francesco. In my project I am a frequent user of XPS, so naturally I turned around and said: “well I do XPS, we are both within ARC CBBC, maybe we can work something out?” We exchanged information, emails were sent and roughly 6 weeks later his samples were measured successfully.

Afterwards we also discussed the results and I was able to give some insight in what XPS could further do for him.
Besides the fact that collaboration is useful for science, it is also quite fun to do and generally you learn a lot.

For example, I measure on the electron microscope (EM) for most experimentalists within our group. This means that I see a lot of different materials, know what a lot of people are working on. I learn how they make their materials, what they are looking for and how that looks under an electron microscope. I even have a collection of EM images that I keep just because they are pretty, some of which are shown above.

Figure 1. A wide variety of EM images of sample from different people. The image bottom right can be found in the publication D. Pavesi et al., “Modulation of the selectivity of CO2 to CO electroreduction in palladium rich Palladium-Indium nanoparticles,” J. Catal. supplementary information figure S4.