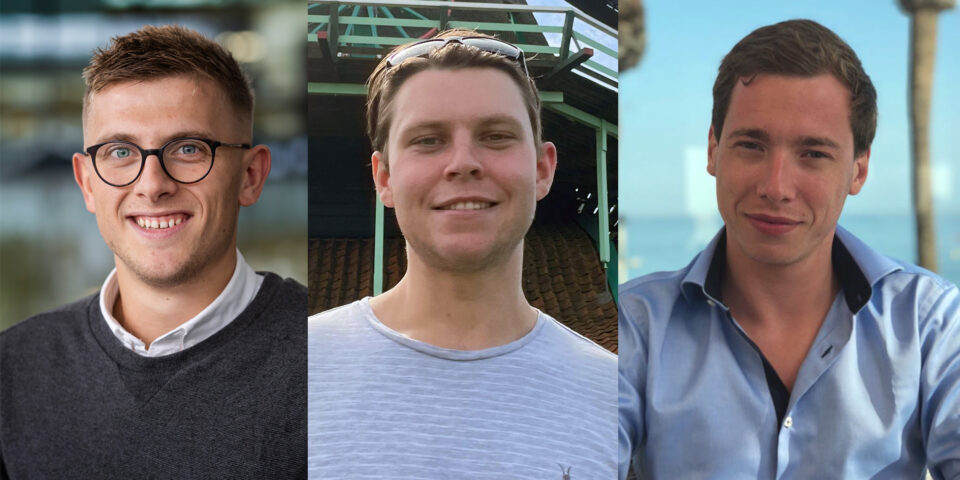 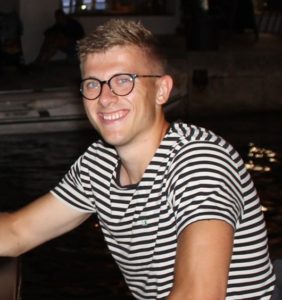 Jason Heinrichs (TU/e) will be working on 3DnanoCatEvolution Resolving nanoscale evolution of heterogeneous catalysts in collaboration with Shell.

Jason (24 y/o) was born and raised in Zuid-Limburg, in The Netherlands, where he still lives. In his spare time he likes to hang out with friends and family or do sports like football or padel. He has completed his bachelors as well as his masters in Chemical Engineering at the Eindhoven University of Technology (TU/e). As a next step he started as a PhD candidate at TU/e within the Inorganic Materials and Catalysis (IMC) group lead by Prof. Emiel Hensen. His study will mainly focus on visualizing catalyst support preparation and activation by means of Transmission Electron Microscopy. “I am excited to take on this new challenge and I look forward to meet you all!” So do we Jason! 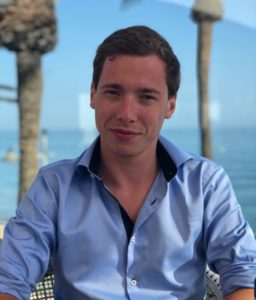 When asked about his research he explains: “We study the decomposition of methane into hydrogen while growing carbon materials using Ni-based catalysts. Methane is a readily-available, cheap feedstock, but due to CO2 emissions it is not ideal for use as fuel. Decomposition of methane into the clean fuel hydrogen while creating solid carbon is a promising alternative. Transmission electron microscopy (TEM) will be the main technique to study this process as it allows us to look at nanomaterials at nanometer spatial resolution. In previous work an environmental TEM was employed to study nanofiber growth at millibar pressures [1]. Using gas-cell in-situ TEM we intend to study the nucleation and growth phase of carbon filaments from methane in more relevant conditions, by varying parameters such as temperature, feed composition, pressure, but also catalyst size, composition and shape. Unique information from in-situ TEM experiments about carbon filaments growth and entanglement will be linked to process conditions and catalyst structure. The in-situ TEM experiments will be critically compared to results in more conventional experiments.”

Tom will be working as a postdoctoral researcher in the Small Molecule Activation multilateral research program on: nanoscale study of methane decomposition at the metal surface using in situ TEM. 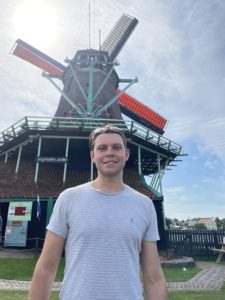 Ryan Napier is 23 years old and grew up in a town called Kettering in England. Last year, he graduated with a Masters in Chemistry from the University of Bath. He then moved to Amsterdam where he worked as an intern for Shell in their electrochemical CO2 reduction group for 8 months. Following his internship at Shell he then secured a PhD position researching ‘CO2 Electroreduction to Alcohols’ at Leiden University under the supervision of Marc Koper. The focus will be understanding the fundamentals of the catalysis, including mechanistic insights and surface structure effects. The project entitled Mechanisms of alcohol formation during electrocatalytic CO2 reduction is part of the new multilateral research program Chemistry for a Sustainable Future. He is looking forward to many opportunities for collaboration and outreach. Outside of work, Ryan is part of the Leiden University Basketball team as a player and coach. He also loves to travel and explore new places, so naturally he is as excited to live and work in a new city.
Ryan is the first PhD candidate to start working on our latest multilateral program New Chemistry for a Sustainable Future.

Welcome Jason, Tom and Ryan and good luck with your research!