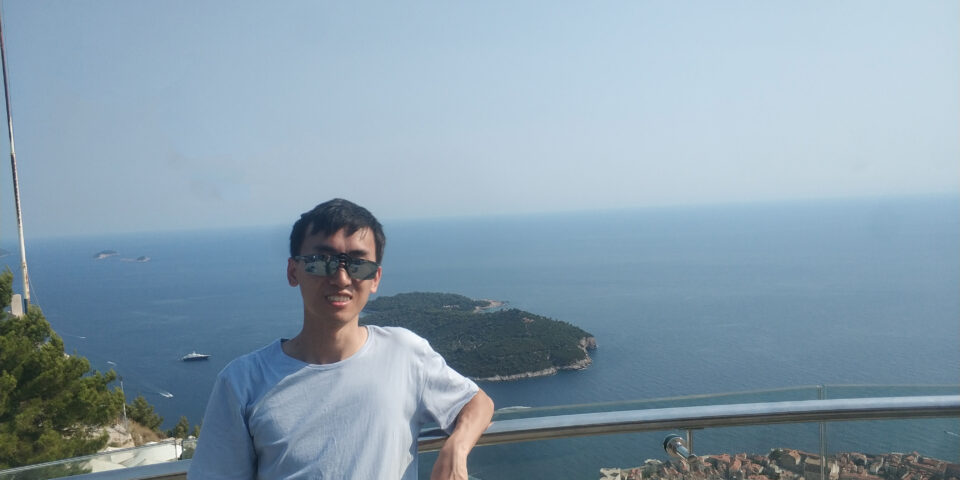 How to  put solar energy into a “container”

As you may know, the temperatures in both the Antarctic and Arctic are rising, the sea ice is melting. You also may have seen photos with a polar bear standing on the only piece of ice left  surrounded by the sea. The polar bears are facing an existential crisis, the same goes for humans if global warming continues.

Global warming is caused by the emission of greenhouse gases, for example, carbon dioxide. Some impressive figures listed by NOAA Climate.gov, show that in the past 800000 years, the global atmospheric CO2 has been stable below 300 ppm (parts per million), but in recent decades, the CO2 concentration is increasing year by year, reaching recently a number higher than 400 ppm. Human activity is probably one of the main reasons for the dramatic change and we should take action to stop this concerning trend. For example, using solar energy to replace fossil fuels to reduce the emission of CO2.

As we know, the sun enables life of all living creatures on our planet, it grows the plants, feeds the animals, and provides a living environment for mankind. It generates an enormous amount of energy. In addition, the lifetime of the sun is billions of years, almost inexhaustible when compared with the lifetime of humans.  Hence, solar energy is one of the best renewable energy sources for the future.  It is my ambition to use my knowledge and skills to use this incredible energy source to protects the planet and create a sustainable future. You want to know how?

Currently, I am doing research in the Photocatalytic Synthesis Group (PCS) at the University of Twente, and the project is supported by Shell within the ARC CBBC consortium, as Shell is committed  producing and supplying low carbon fuels to help lower carbon emissions from transportation. My research goal is to improve the efficiency of a photoelectrochemical (PEC) cell, which can directly convert and store solar energy into chemical bonds, like hydrogen and carbon-based chemicals. These can then be used to produce fuel with lower-carbon transport options.  The photoelectrochemical cell is attractive compared to the regularly used silicon-based solar cell, because of the high theoretical solar conversion efficiency,  environmentally friendly working principle and the capacity to store solar energy into green fuel.

A silicon-based solar cell is the most well-known and commercialized method to utilize sunlight. It can directly convert solar energy into electricity and its solar conversion efficiency is also very high. So why we are still trying to develop other new methods?

Of course, batteries can be used as containers to store the solar-generated electricity, but this would imply an additional increase in cost, which makes the combination of a solar cell and a battery not an ideal device.

Hydrogen and some carbon-based chemical fuels are attractive energy “containers”. Hydrogen can be produced from water and is clean with a high calorific value. Hydrogen is an important fuel, for example, it can be used as the power source of hydrogen fuel cell cars, which only emit water vapor during driving. If the price of solar-generated hydrogen is low enough, it is possible to replace fossil fuels and at the same time, reduce environmental pollution.

Besides, carbon-based chemicals such as methane, formic acid, carbon monoxide are the building blocks of our world. They can be used to synthesize almost everything in our daily life such as medicines, leather, rubber, and dyes. In addition, these carbon-based chemicals can be produced from carbon dioxide, which can mitigate global warming caused by increasing carbon dioxide levels greenhouse effect as well.

How to put solar energy into energy “containers”

The next question is how to put solar energy into these containers. Photocatalysis  is a fascinating technology, which only uses sunlight as the input energy, water or carbon dioxide as the resource (to produce hydrogen or carbon-based chemicals), and a stable photocatalyst. In brief, the photocatalyst is a kind of semiconductor material that can absorb sunlight and perform the required chemical reaction.

There are two different types of photocatalytic systems, powder-based and electrode-based photocatalysts, another name for the latter is the photoelectrochemical cell. A photoelectrochemical cell comprises two electrodes, naming photoanode and photocathode. The oxidation reaction occurs on the photoanode, oxygen evolution from water for example, and the reduction reaction happens at the photocathode . The photoanode and photocathode work in two chambers separated by a membrane, which can separate products formed.

One type of photoelectrochemical cells is the dye-sensitized cell, in which the light absorber is an organic dye instead of an inorganic semiconductor. The properties of the dye molecule can be precisely controlled , which is an attractive advantage compared to inorganic materials. However, the dye-sensitized cell shows a relatively low solar conversion efficiency compared to the inorganic equivalent. The main limitation is the photocathode, on which I am working .

What happens after light absorption?

My current research is mainly fundamental. We are focusing on the charge transfer dynamics inside the photocathode, what happens after light absorption. We hope to reveal the possible reasons for the limitation by deepening the understanding of the whole reaction process. It is like consolidating the foundation before building a house.

As soon as we know what the main issues are that hinder the efficiency, we can eliminate or reduce these problems through reasonable design, thereby improving the overall performance of the photoelectrochemical cell. More and more solar energy can be directly put into the solar fuel containers and use anytime and at any place. Finally, we can reach a sustainable future.

This work is part of the Advanced Research Center for Chemical Building Blocks, ARC CBBC, which is co-founded and co-financed by the Dutch Research Council (NWO) and the Netherlands Ministry of Economic Affairs and Climate Policy.