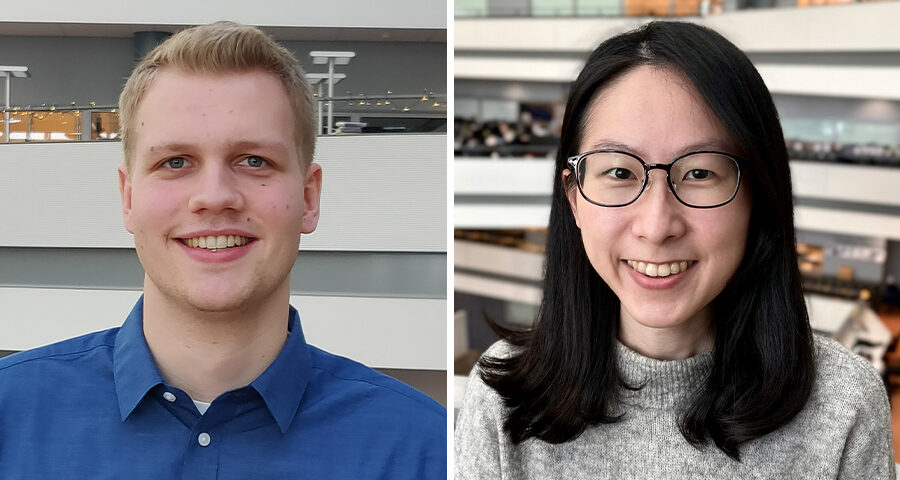 Adrian Hergesell started as a PhD student in January to work on the mechanocatalytic conversion of polyolefins with Ina Vollmer and Bert Weckhuysen at Utrecht University. He obtained my Master’s degree from RWTH Aachen University in Germany where he focused on
heterogeneous catalysis and polymer chemistry. He worked on research projects in both fields, for example in CO2 conversion, biomass valorization, and plastic waste conversion. In his free time, he enjoys cooking with friends and playing squash.

En Chen is a PhD student in the Inorganic Chemistry and Catalysis (ICC) group at Utrecht University under supervision of Prof. Bert Weckhuysen and Dr. Ina Vollmer. She comes from Taiwan and received her BSc and MSc in Chemistry from the National Tsing Hua University. During her studies, she conducted research on novel strategies for the synthesis of metal-containing porous materials. She also participated in the EurasiaCat exchange program and investigated the impact of properties of catalysts on their electrocatalytic ORR performance at University of Trieste, Italy. After graduation, she worked as a research assistant at Academia Sinica, where she upgraded her skills in characterization techniques which are of importance to catalysis study. To pursue her long-term goal of addressing practical problems in the chemical industry from a sustainability perspective, she decided to further acquire knowledge and experimental experience of operando studies on heterogeneous catalysis through PhD study in the ICC group. Her project within ARC CBBC involves the chemical recycling of plastics, mainly focusing on the photo-activated catalytic solvolysis of polyolefins.