Why should you put your precious time and energy in media appearances or social media? How do you get the attention of journalists? And what are the secrets of giving a good interview?

An interview or a Twitter message can both boost ánd ruin your scientific career. This makes a well-considered media strategy a must have for every scientist. Because you’ll never know when a journalist picks up your research… You’d better be well prepared! In this training you’ll learn about different media (written, audiovisual, social), how they work and how you seduce journalists to call you, instead of you waiting for them to call.

This free media training will be given on February 4th from 19.00 – 21.00, from our education platform in Microsoft Teams. A link will be sent to the participants. The training is only accessible for ARC CBBC PhD candidates and Postdoc researchers. 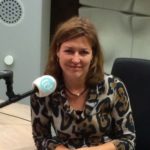 Karin van den Boogaert studied Journalism in Kampen and Dutch law in Utrecht. Her career started at the Wereldomroep, with the radio program Nieuwslijn Europa. This was followed by Wereldnet, and after the BVN TV period, Café van Zomeren and Expat on Air. For VARA and NOS she presented Vroege Vogels and De Ochtenden, and the Radio 1 Journaal. She has gained TV experience with a variety of programs for satellite channel BVN-TV: Studio NL (magazine), Andere Ogen (discussion program with foreign correspondents), Café De Buren (contrast Flanders / Netherlands), De Staat der Nederlanders (magazine for expats).

Karin van den Boogaert helps scientists to spread their stories widely and does so through interviews for the science.nu podcast and media and interview training courses. She is co-owner of Science ON AIR and publisher of science.nu where is responsible for contacts in the media. 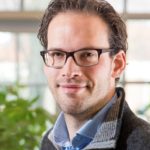 Hermen Visser studied biology in Leiden. During his studies, he developed a passion for science communication and worked as a teacher. Since graduating in 2011, he has worked as a freelance science journalist and trainer. He was a radio and web editor at the science editorial offices of the VPRO and NTR and now writes as a freelancer for the VPRO Gids and Trouw, among others.

As a trainer, Hermen prepared dozens of scientists for their interviews at NWO (including Veni, Vidi, Vici, Gravitation and NWO Groot) and ERC (Starting, Consolidator and Advanced). Hermen is committed in various ways to the translation of scientific knowledge to the general public. He is co-founder of science communication agency Science ON AIR and science blog Science.nu. In Leiden he founded the radio program Science 071 with master students in journalism. He is also co-organizer of the annual symposium for science bloggers and co-founder and organizer of Kenniscafé Assen.