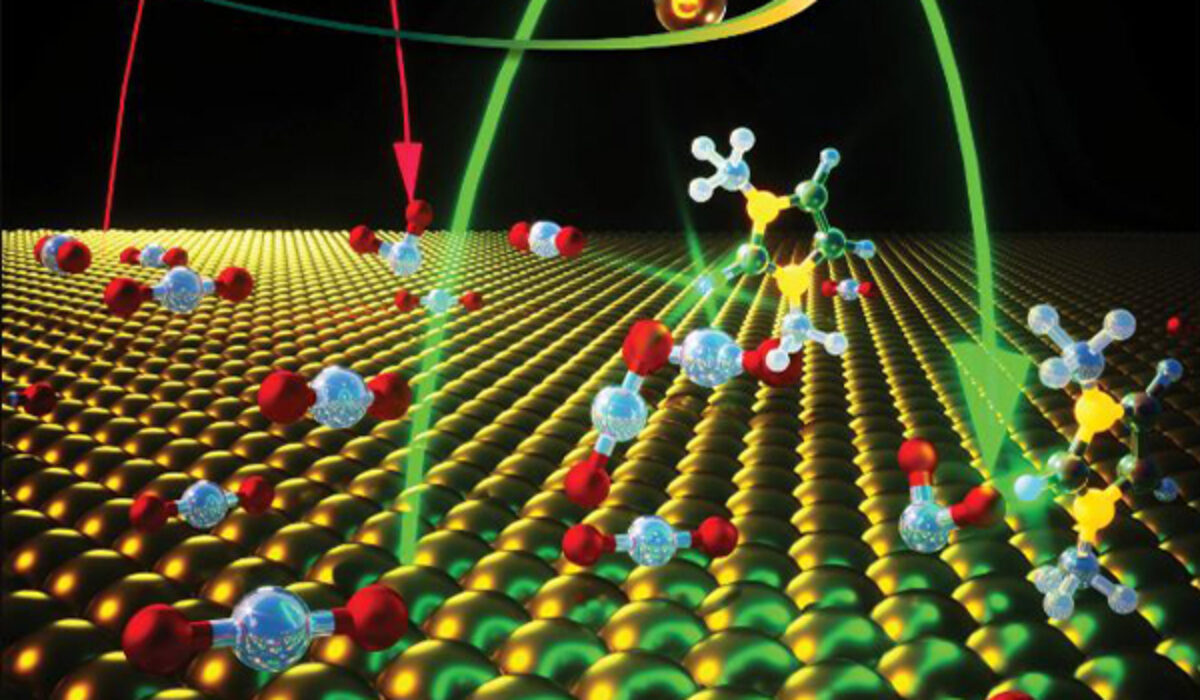 Researchers from the University of Twente, in collaboration with Shell, developed a new mechanism that makes the conversion of carbon dioxide into carbon monoxide, which is an essential feedstock in the production of chemicals. Within this project under the umbrella of the Advanced Research Center Chemical Building Blocks Consortium (ARC CBBC), the researchers published their findings in the scientific journal ACS Energy Letters. Their publication was also selected for the cover images of the same journal. UT PhD student and lead author Sobhan Neyrizi: “With the novel molecules designed in our research, we could innovate a new pathway for CO2 conversion.”

Emission of carbon dioxide is considered as one of the major causes for global warming. One possible solution is the electrochemical conversion of carbon dioxide into more useful molecules such as carbon monoxide, formic acid and hydrocarbons. Which are important intermediates in fuel and chemical production. However, the energy demand of the reaction is still too high.

The new molecules that Sobhan Neyrizi and his fellow researchers have developed can assist the electrochemical conversion of carbon dioxide. “Our molecules act as a co-catalysts that reduce the energy demands of the reaction to a great extent”, says Neyrizi. The researchers argue they can use these molecules to innovate a new pathway for the reaction. “We could also propose design principles for the development of more efficient molecules in the future.”