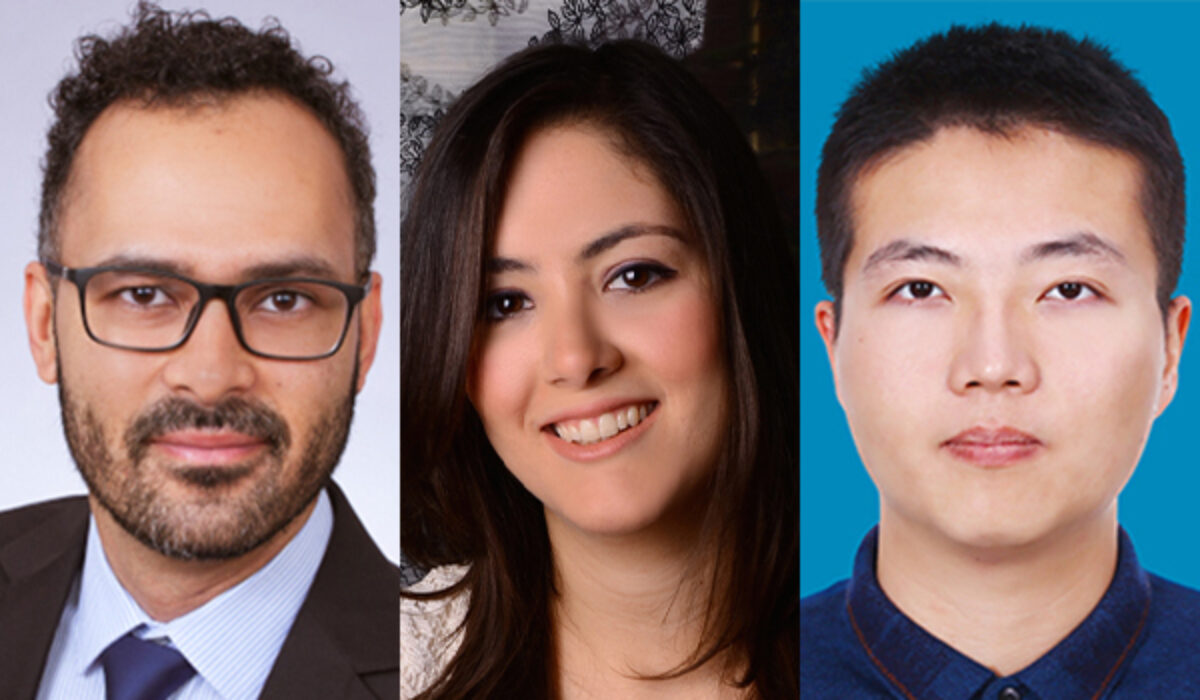 Rafael G. Mendes, 38 y/o was born in Barueri, in Brazil, but has been living in Germany for many years. Before he moved to the Netherlands, he lived in Dresden for over 15 years and worked at the Leibniz Institute for Solid State and Materials Research, where he specialized in the synthesis and characterization of nanomaterials using transmission electron microscopy. Apart from imaging atoms at work, he enjoys reading books, watching sci-fi series, traveling, and playing hockey.

Rafael will be working for two years as a postdoctoral researcher in the bilateral research program between the Utrecht University and Shell. In this project, the main goal is to characterize hydrotreating catalysts near atomic resolution in 3D using TEM. “I am excited to be part of the ARC-CBBC and I am looking forward to working on my project as well as meeting other participants of the community!”

Işıl is from Turkey and is a PhD student in Prof. Jan van Hest’s group. She graduated from Molecular Biology and Genetic at Boğaziçi University, Istanbul. She likes chemistry and working in a laboratory so that convinced her to pursue an academic education to have a master in chemistry. She obtained her master degree in organic synthesis and polymer chemistry with Assoc. Prof. Ali Ersin Acar from Boğaziçi University in 2019. After graduation, she has worked in collaborative projects for three years. She is experienced in polyolefin modification, free radical polymerization, condensation and suspension polymerization. Outside of work, she likes spending time with my family and friends, reading thrillers as well as volleyball (watching and playing).

Luhao Liu was born in Xi’an, Shaanxi Province. He obtained his BSc degree at Northwestern Polytechnical University in 2019. He then got his MSc degree at Beihang University in 2022. Since Feb. 2022, he started his PhD research at University of Twente with the supervision of Prof. Detlef Lohse and Prof. Dominik Krug. He is willing to learn new techniques to expand his academic research, especially for the microscope technique to better understand the bubble dynamics. Within ARC CBBC, he hopes to study the multiphase flow and transfer phenomena in the electrolysis and catalysis. In addition, he wishes to combine the physical mechanism and industrial applications during his PhD study. In his spare time, he enjoys travelling and reading.