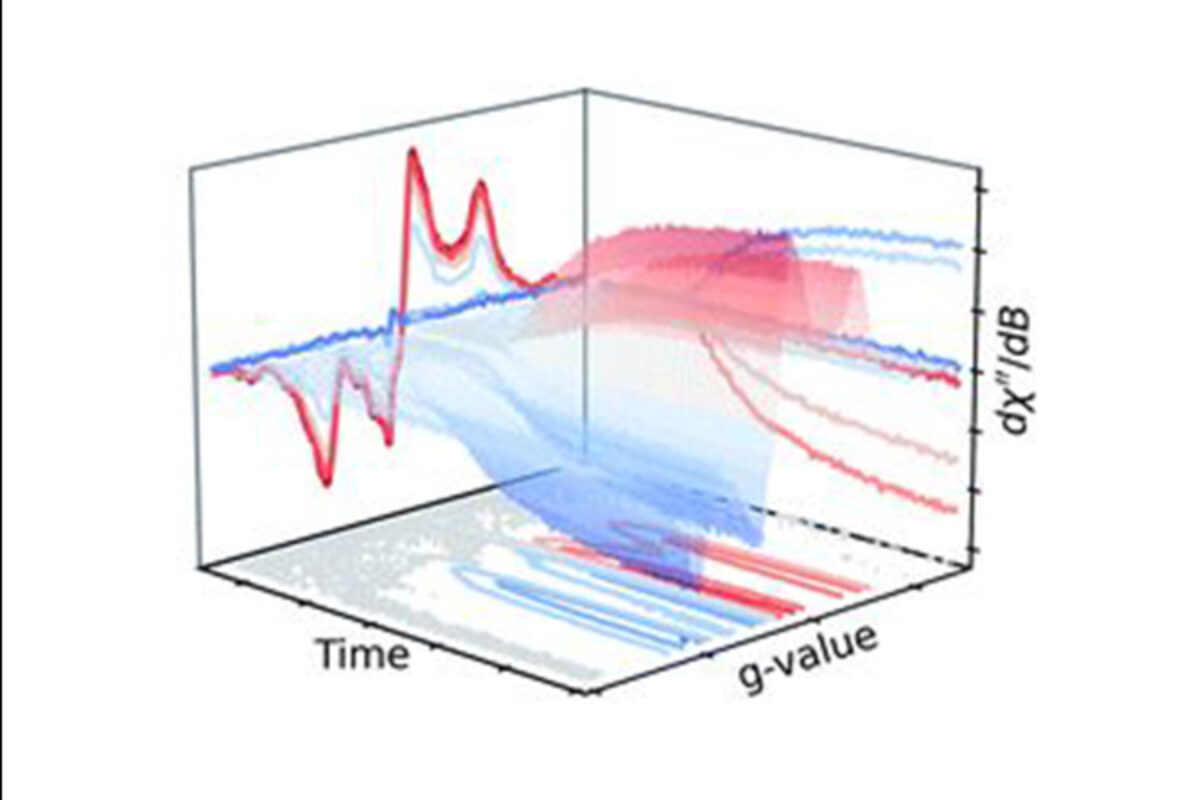 In the search for more sustainable paints every step is important, all ARC CBBC projects focused on coatings contribute to the small steps. In her research Linda Eijsink from Groningen University, is investigating what is happening in the coating itself.

She has recently published about her research

The curing of bis-methacrylate–styrene resins initiated by the cobalt catalyzed decomposition of cumyl hydroperoxide is monitored at ambient temperatures in situ by EPR and Raman spectroscopy. EPR spectroscopy shows the appearance of organic radicals after ca. 1 h from initiation with an increase in intensity from both polystyrene and methacrylate based radical species over a further ca. 2 h period to reach a maximum spin concentration of ca. 2–3 mM. Alkene conversion to polymer was monitored by Raman spectroscopy in real time in situ with EPR spectroscopy and reveals that the appearance of the radical signals is first observed only as the conversion approaches its maximum extent (70% at room temperature), i.e., the resin reaches a glass-like state. The radicals persist for several months on standing at room temperature. Flash frozen samples (77 K) did not show EPR signals within 1 h of initiation. The nature of the radicals responsible for the EPR spectra observed were explored by DFT methods and isotope labelling experiments (D8–styrene) and correspond to radicals of both methacrylate and polystyrene. Combined temperature dependent EPR and Raman spectroscopy shows that conversion increases rapidly upon heating of a cured sample, reaching full conversion at 80 °C with initially little effect on the EPR spectrum. Over time (i.e. subsequent to reaching full conversion of alkene) there was a small but clear increase in the EPR signal due to the methacrylate based radicals and minor decrease in the signal due to the polystyrene based radicals. The appearance of the radical signals as the reaction reaches completion and their absence in samples flash frozen before polymerization has halted, indicate that the observed radicals are non-propagating. The formation of the radicals due to stress within the samples is excluded. Hence, the observed radicals are a representative of the steady state concentration of radicals present in the resin over the entire timespan of the polymerization. The data indicate that the lack of EPR signals is most likely due to experimental aspects, in particular spin saturation, rather than low steady state concentrations of propagating radicals during polymerization.

She has also written a blog about her research.